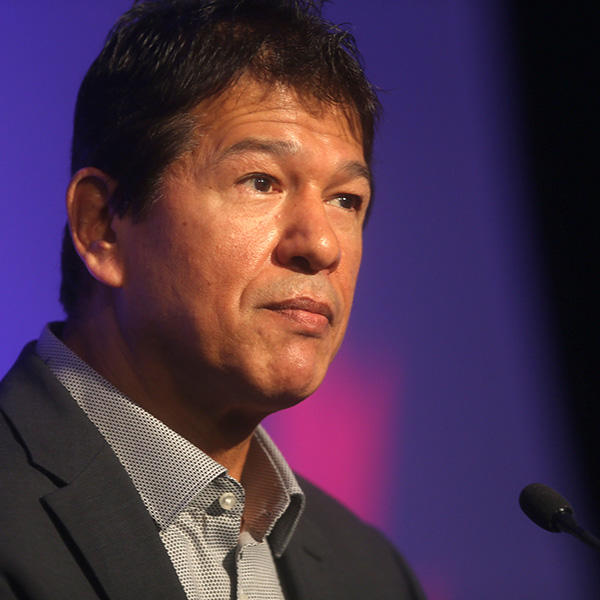 Ted Nolan was born in the Garden River First Nation in northern Ontario in 1958.  The 3rd youngest of twelve children, in a house lacking electricity and plumbing, Ted learned resilience from his parents Stan and Rose.

Ted grew up playing minor hockey in Sault Ste. Marie and was drafted into the NHL in 1978 by the Detroit Red Wings.  After a brief stint in the Red Wings organization, which saw him raise the Calder Cup Championship with their minor league affiliate, Ted was traded to the Pittsburgh Penguins appearing in 78 NHL games before having his career was cut short by a serious back injury at the age of 26.

After his retirement from professional hockey as a player, Ted shifted to accept a coaching job with Sault Ste. Marie. Since then, Ted Nolan has been a coaching success at every level of professional and amateur hockey. Ted was the recipient of the Jack Adams Award as the NHL’s Coach of the Year in 1997 after bringing Buffalo Sabres to the 1st place in the Northeast Division.

Ted’s off-the-ice impact equals his on-ice success.  He has been an inspirational leader in the indigenous community and has impacted the lives of thousands of young first nations students through his philanthropic foundation.  His goal is to encourage Aboriginal youth to pursue academic growth for a better future. The Foundation’s Rose Nolan Memorial Scholarship awards $5000 to female First Nations students who demonstrate greatness in education, sport and community involvement. Alongside his sons, Ted Nolan launched the 3|NOLANS hockey school for First Nation youth in 2013. Through its focus on creating pathways for indigenous youth to develop their hockey skills and education further, they have affected the lives of over 1,000 youth, helping them live a healthy active lifestyle and become leaders within their communities.

Today, Ted believes that pride, strength, and a willingness to dream are the cornerstones of success. With his wife Sandra and two sons Brandon and Jordan, he dreams of Aboriginal self-sufficiency and a day when First Nations will take their rightful place in Canada. 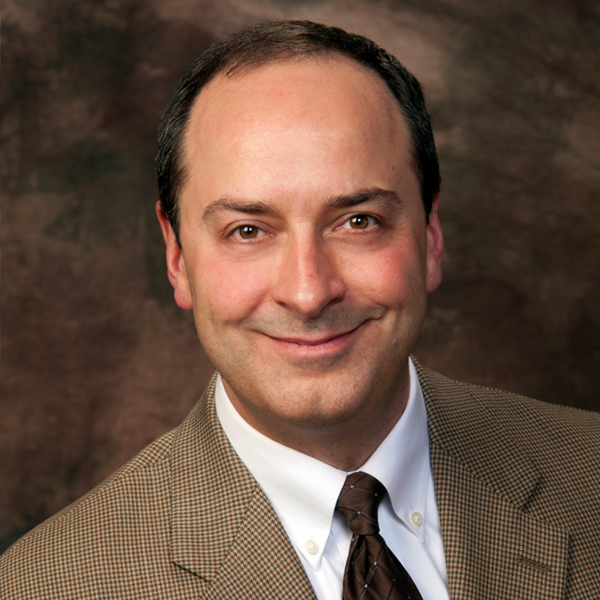 Dr. Paul Wright earned his master’s and doctoral degrees under the supervision and mentorship of Don Hellison at the University of Illinois at Chicago. Dr. Wright is currently a Presidential Engagement Professor at Northern Illinois University as well as the EC Lane and MN Zimmerman Endowed Professor of Pedagogy in the Department of Kinesiology and Physical Education. He is internationally recognized as an expert on the Teaching Personal and Social Responsibility (TPSR) instructional model.

His scholarship is very applied and relates to the fields such as positive youth development, social and emotional learning, and sport for development. Across a variety of settings, he is interested in best practices for teaching transferable personal and social skills to children and youth as well as helping teachers and coaches to integrate those practices into their work. His research also addresses policy and program evaluation as it relates to youth sport and physical activity. The impact and quality of his work has resulted in a Fulbright Research Award, an Erasmus Mundus European Union Visiting Scholar Award, a Distinguished Alumni Award from the University of Illinois, a SHAPE America Mentor of the Year Award, and an Honorary Professorship at the University of Edinburgh.

His work has been funded by organizations including the U.S. Department of State, the Robert Wood Johnson Foundation, and the National Association for Sport and Physical Education. Due to his reputation, he has been invited to advise on projects for UNESCO, the Laureus Foundation, the British Council, Active Schools U.S., and others.

Currently, he is involved in international projects and collaborations in countries including Belize, Canada, Finland, New Zealand, Portugal, Scotland, Spain, and Sri Lanka. 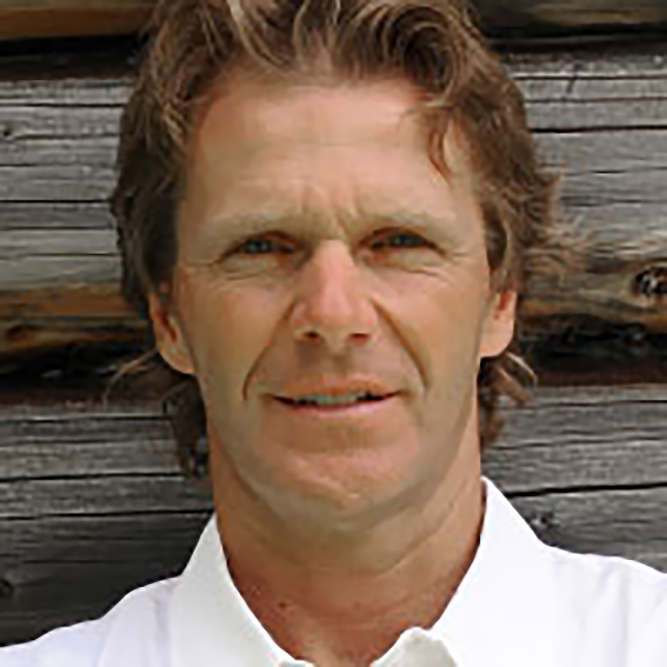 Him and his wife Lynne Routhier, had four children, two of whom died from lactic acidosis, a hereditary illness especially present in the Saguenay-Lac-Saint-Jean region but rare elsewhere in the world. Laurie died in 1997 at 4 years old and Raphaël died in 2000 at 20 months of age.

The year Raphaël was born, in 1998, ten other children were born with lactic acidosis in the region. Pierre could not idly stand by while this disease was wreaking havoc. He devoted all his energy to raising awareness of this deadly condition among people in his region and to funding medical research. Having been a determined athlete up until then (he had already participated several times in the Hawaii Ironman), Pierre became an engaged athlete.

In 1999, he launched the first Défi Pierre Lavoie in Saguenay-Lac-Saint-Jean (cycling across 650km in 24 hours), a feat that he repeated three times. With his Défi, Pierre managed to collect funds to form a multidisciplinary team of researchers at the Université du Québec à Chicoutimi. Important breakthroughs were made, and the gene responsible for lactic acidosis was finally found in 2003. A screening test was also developed, thereby giving hope to future parents.

His meeting with Germain Thibault in 1999 was decisive. Both of them devoted themselves body and soul to an ambitious project aiming to encourage the province’s elementary school pupils, as well as the general population, to adopt healthy life habits. Launched in 2008, the Grand défi Pierre Lavoie has been a huge success.

While he has added strings to his bow over the years-as a speaker, science popularizer, spokesperson and media personality-, Pierre remains above all a fierce competitor to the core. In October 2013, he completed his tenth Ironman in Hawaii, where he finished second in his age category. To this day, he has won this competition three times.

Pierre knows how to make the most of his exceptional journey to motivate people. With his extraordinary life story, his incredible strength and his communication skills, without fail, he transmits his creative energy to those around him and convinces us it is always possible to overcome challenges when we face them with the right attitude. Always setting new targets for himself, he is a lesson in courage and respect.

In addition to being a member of the Ordre des 21 and a Knight of the Ordre national du Québec, Pierre Lavoie has been named personality of the year in the humanism, courage and accomplishment category at the La Presse Excellence gala. He's also received medals of honour from the Quebec National Assembly and Université de Montréal’s faculty of medicine.