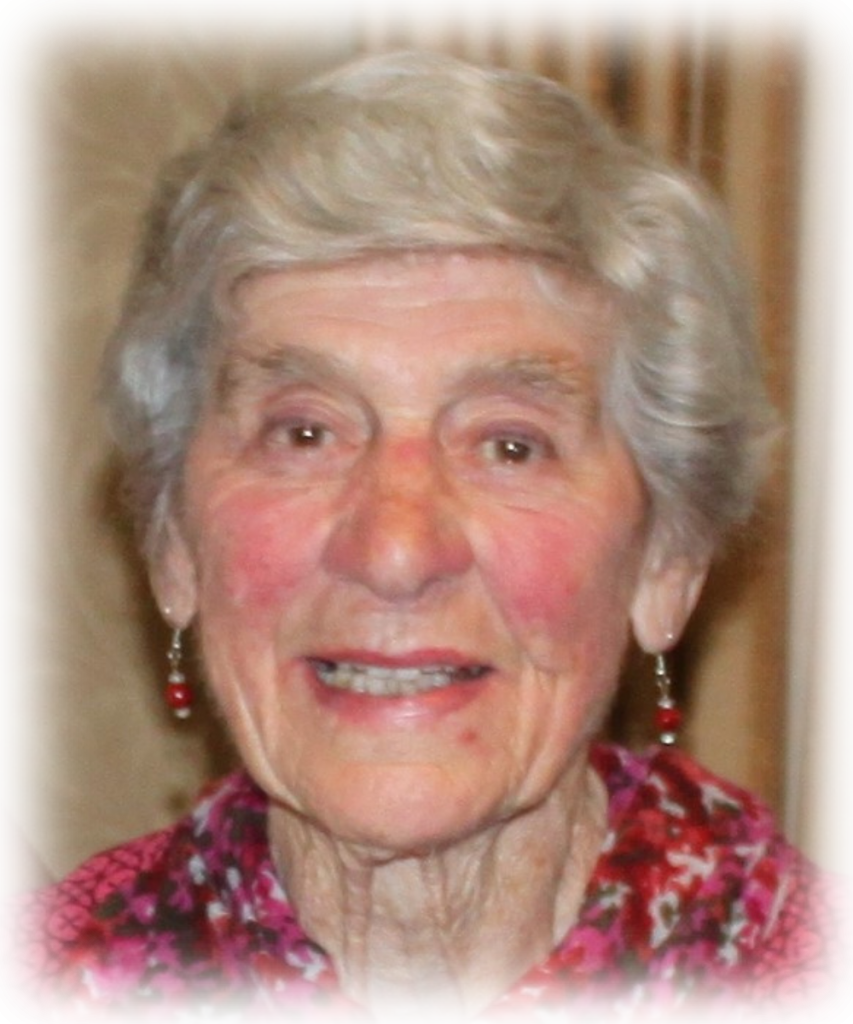 At the age of 100 of Wolfville, Dorothy Gertrude Walker Robbins died peacefully on October 15, 2021. The youngest daughter of Frank Walker and Gertrude Andrews, both of whom came to Canada from North Yorkshire, England, she spent her early years in Chipman Corner, Kings County, N.S. before happily heading to Ackworth School in West Yorkshire at the age of 12 where she stayed to complete her high school education. Her parents and sisters had attended Ackworth, a Quaker boarding school, where her grandfather, Frederick Andrews, long had been headmaster. She loved her years there and felt they were responsible for equipping her for the direction she chose in her life.

Dorothy was never a fan of overly long obituaries, making a summary of her life an almost impossible challenge! She continued her education at the Margaret Eaton School of Physical Education in Toronto and later at the I. M. Marsh College of Physical Education in Liverpool, England. She taught at Havergal, a private school in Ontario, in numerous schools in Nova Scotia and at the N.S. Teachers' College. She worked on curriculum development and became both a Physical Education Supervisor and Consultant throughout the province. She was always concerned about advancing opportunities for girls and women in physical education and sports.

Her awards and honours were numerous and included an Honorary Doctorate from Acadia University in 1983 and induction into the N.S. Sports Hall of Fame in 1997. Considered the "Mother of Physical Education" in Nova Scotia, she was instrumental in the N.S. folk and dance schools and what are now PHE Canada and TAPHE.

In 1964 she was a chaperone for the Canadian Olympics Team in Tokyo. An avid volunteer and organizer, she was involved with Girl Guides, the Kings Historical Society, the Apple Blossom Festival, the Robbie Burns suppers and Orchard Valley United Church to name a few. Golfing, bowling, Scottish Country dancing, knitting prayer shawls, her writing group and playing bridge were enjoyed into her late 90's and her cottage in Kingsport which had been in the family since the 1940's brought much pleasure.

Dorothy had seemingly boundless energy and loved people, taking a genuine and ongoing interest in their lives no matter her age or theirs, and feline companions were special to her. A faithful journal writer, she found tole and later rock painting, calligraphy, the assembling of her family history and photos and playing board games engaging hobbies. Travel, fine music, theatre performances, drives in the country, Winnie the Pooh and Miss Reid stories and writing and receiving handwritten letters enhanced her busy days and she mastered, with frequent frustration, using a computer. She loved her own homes and gardens, first "on the mountain" and then in 2000 her Wolfville one and enjoyed entertaining. In her early 80's she found time to get married and embraced the whole Robbins family.

Dorothy wanted to be remembered as someone who "maybe made a difference". Her family, friends, colleagues and students can certainly attest that she did!