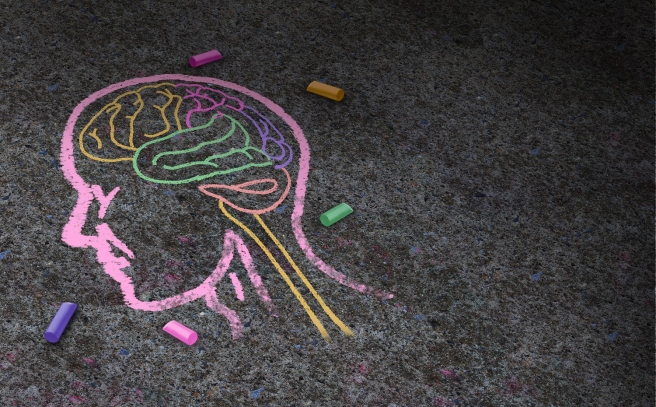 The brain is the control center of your body. It constantly receives hundreds of messages from the world around you, and in (milli-)seconds, tells your body what to do and, how to do it. For a long time, we thought this was the state of the brain-body relationship: a one-way dialogue with the brain telling the body what to do. However, we now know that the body has an equally important say in what the brain does. For example, have you ever tried to study or do work after your body has consumed a burger, fries, soda, and maybe some cake for dessert? Your tongue will certainly enjoy it, and your body may get a rush of energy for the first half hour. But after that? You’re certainly not signing up to do any focused activity. Unless it’s a focused nap.

When you’re a student, your brain is integral to your academic success. It helps you focus in class, helps you read and write, helps you solve problems, and helps you communicate with your peers. But did you know that your body is also integral to your academic success? Research shows that if your body is less physically healthy, as a result of being physically inactive or consuming an unhealthy diet, you’re less likely to do well in school1-3.  Why is that? Part of the answer has to do with the interconnectedness between the brain and body – if you’re not treating your body well, you’re not treating your brain well. Promisingly, if we reverse these scenarios by engaging in regular physical activity and other healthy lifestyle behaviours, we will also be more likely to do well academically. Win-Win!

Although your entire brain is involved in learning, one part of your brain is especially important in helping you focus in class and complete learning tasks - the prefrontal cortex4. This structure resides just behind your forehead and has been implicated with many important cognitive processes. Research in neuroscience shows that when you’re focusing attention on a certain task, such as when trying to solve a math problem or write an essay, this area of your brain is highly active (relative to when you’re just sitting quietly)5. Similarly, after engaging in physical activity, such as going for a jog, playing sports, swimming, biking, and many other activities, the same prefrontal brain region becomes highly active.

Researchers suggest that a reason the prefrontal cortex responds similarly to physical activity and attention-demanding tasks could derive from our evolutionary past as hunter-gatherers. Our ancestors had to engage in tremendous physical exertion during hunting and foraging, which caused the release of hormones such as adrenaline and norepinephrine, and consequently enhanced their focus and vigilance6. In today’s society, prolonged sustained attention is critical to succeed in many sedentary tasks, such as during classroom learning. This is highly problematic, since it is clear that a major factor that supports sustained attention is participation in physical activity.

This research can have cascading effects in later life, since healthy habits are often learned during childhood and carried forward into adulthood. In fact, older adults who have engaged in more physical activity throughout their lifetime are significantly less likely to be diagnosed with dementia or other neurodegenerative diseases8. By bringing physical activity into the classroom, we can move one step closer to keeping our bodies healthy in order to keep our brains healthy and not only support student success, but overall well-being throughout our lifespans.